I have been reading through Alex Viada excellent book "The Hybrid Athlete."  One of the challenges laid out by a Crossfit Gym in North Carolina was the ability to match your deadlift and your mile time.  So if you deadlift 500b you must run the mile in 5 min.

Women have a formula that I haven't been able to find.

This is a remarkable challenge.  I don't see myself ever training enough to do this.  As an ex sprinter, mile work seems NOT FUN.  One of my goals is better aerobic capacity, so I've been thinking more and more about this and investing some time in the ability to go from couch to mile in lets say 7:30.

I'm proposing the average man challenge.  I'm going to add my Deadlift and Squat to meet my Mile time .  So if you deadlift 400, Squat 300, you must run a 7 min mile.  I'm hoping this should give me enough training incentive to invest in squatting again and work at my running.

I'm not looking for this to take away from my primary goals, I just think it would be a fun little challenge  to work towards this winter.  If anyone has tried something like this let me know!

Hope you have a tremendous start to the New Years!
Posted by Jason Ross at 10:19 PM No comments:

It is probably quite normal to start evaluating life as the end of the year draws near.  This is probably going to be more of a very random thoughts post then structured article, but hopefully you find something to think about yourself.

There has been a lot of talk the past year about fixed mindsets vs growth mindsets.  It came to my thoughts after two brief encounters I had.  One, a young trainer that I'd seen only two times, always looked sad/defeated after each encounter.  I finally asked him about it.  He stated he felt like there was so much to learn after we talked (he got treated).  Instead of being filled with enthusiasm for new avenues to learn and grow, it was viewed with a defeatist attitude. Fixed mindset.  Second, an old boss told a patient I had, they he had taught me everything I knew.  This is now almost 8 years later.  That is believing that no growth has happened in 8 years.  Probably because no growth has happened on his part.  I think I've spent about 4-8 grand a year on continuing education.  I shoot for 10-15 hours a week of reading/studying.  Pre kids it was about 20.  So again, fixed mindset. 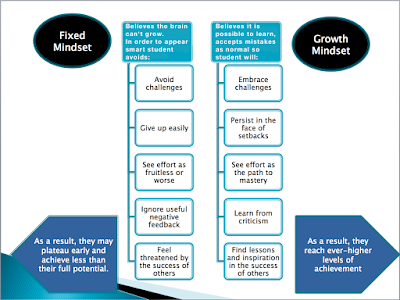 I hope I continue to have a growth mindset in the coming years.

I have two very young daughters.  I'm constantly thinking about what it means to be a good dad, how you want to raise them to be positive citizens and good people.  Positive self esteem is huge.   One day I thought about how I would want a man to treat them when they are older.  It struck me that how I treat my wife is probably the strongest contributor to what they will allow other guys to treat them.
Treat your wife how you would want another man to treat your daughter.  I think at times we are all guilty of treating random strangers better then we are at treating family.  But, it should not be that way.

My athletic/physical goals for 2016 are to build a bigger aerobic engine.  Improve my deadlift.  Put on some muscle mass (about 5 pounds).  Improve hip and thoracic spine mobility.  So each workout will be geared towards that stuff.  Have a template of what you want to accomplish with every training session.

I think leg strength should always be trained.  Lots of repetitions with my lower body leave me so sore that it usually means I train less.  I think my upper body feels better with repetitions then with heavy weight.  Heavy weights make my joints so sore in the upper body that I end up training less.  Know yourself.  I can't believe it took me so long to figure this out.

I took a chance and hired a coach this year.  I wrote a post awhile back on that.  It is worth mentioning that it has been a very positive experience.  So much so, that I am planning on bringing him to Grand Rapids, MI in April for a weekend seminar.  This is something new that I've never done before.

Keep your joints healthy.  Keep your muscle mass.  Stay aerobically fit.  Keep your brain healthy.  Keep your immunity strong.  These goals are what I believe you need to work at if you want to be 70 doing what you did at 30.  Maybe not as fast, but still enjoying the same hobbies as you did without a reduction in activity.

I did a lot more reading this year then writing.  I feel like I'm starting to shift and think I will probably be writing more in 2016.  I really got into the history of food this past summer.  Whole books that explore one food topic and how they influenced the world were a weird but enjoyable side topic for me.   Bananas, Six Drinks That Changed the World, Salt, Cod, Devil in the Cup, are a few off the top of my head that I remember.

A lot of concussion discussion this past year that will increase with the release of the movie.  I loved football more then anything.  The game gave me some amazing gifts.  Confidence.  The importance of team work.  Toughness.  Dealing with defeat.  Dealing with winning.  Hard work.  That hard work pays off and also that sometimes hard work just isn't enough.   Dealing with pressure.   So if I did have a son, if he wanted to play, I'd let him.  I put the CTE interest as another in a long line of things we are being lead to fear.  I think we fear the wrong things.  I'm admittedly biased though, so take it with a grain of salt.

This is 1/3 into my 39th year.  My goal on my birthday was to move better at 40 then I did at 30.  Coming off bobsled career,  I was fast and strong, but was only good for 5 seconds, my lower back was sore from no movement variability in my hips.  I think I'm on pace.  (Minus a problematic right elbow)Have some sort of check/test as this next year goes on to keep you accountable.

I put much less stock into eating clean/healthy all the time.  I think caloric manipulation is a big deal. I enjoy intermittent fasting as it does this naturally when followed.  I do believe the body was meant for feast or famine. 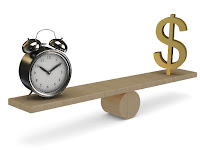 I think the only thing worth spending money on is time as time is the only thing worth money.  I don't mean this in a higher then though sense.  I mean I put more value on hanging at a coffee shop drinking amazing espresso reading an awesome book then buying a new t-shirt.  That is time well spent for me.  I'd rather work less/make less and spend time with my kid or go for a bike ride.  It came to my mind when looking for a Christmas present for my daughter.  They wanted 160 dollars for a certain item.  It seemed a bit much to me so I decided to make it myself.  After buying the supplies it came to about 60 dollars.  It took me about 4.5 hours to put together.  I figured it would have taken about 1/2 hour to put together bought online.  I traded 100 dollars for 4 hours.  I'm not the type of guy that gets pleasure out of building stuff or looking at something that I built with pride, so I got no value from that end.  In fact, it was 4 hours of dislike.  So in the end, I feel I made the wrong choice.

I received a Pressure Cooker for Christmas.  I think this will be a game changer for me and my family.  More premade/homemade meals and less eating out for 2016.

Getting on the floor and getting up off the floor is the most undervalued health/fitness activity.  Do several reps every day.  If it ever starts to get hard or uncomfortable, get a professional to help you figure out why, attack that issue, and continue to get down and up for the rest of your life.

I hope you look back on 2015 with a smile and can look back at enough "wins" to keep you motivated .  I know several patients/friends that are struggling with health which puts life in perspective very quickly.  With that in mind,  I hope 2016 brings improved health and continued growth.

This is a really amazing look into the Basque culture and history of the Strongman style stone lifting.  Really enjoyed this.