Check out the legs, how they come down together like a fine chorus. It takes years to develop this kind of consistency and togetherness. One reason this is the best 4 man crew in the world.

Here is a video tour of the chula vista olympic training weight room. We're here for the week, getting used to the 9 hour time change and getting some quality training in leading up to Vancouver!

Check out the article on USA 1 womens driver Shauna Rohbock in USA TODAY.
Posted by Jason Ross at 7:50 PM No comments:

Bill Shuffenhauer snatching in Altenberg, Germany after a team meeting. No warm up. Just fun. Justin Olsen comments from the peanut gallery. Follow Billy at billybobsled2010.com

Posted by Jason Ross at 3:53 PM No comments:

Best of Manual Therapy and Perseverance

This past September a very high level athlete was faced with a very difficult decision. A two time Olympian, silver medalist, 8100 points in the decathlon, faced the very possibility that his athletic career was over.

While preparing for push championships, he was doing explosive quarter squats with 280k, (616lbs) when the bar lost contact with his back and came down wrong on his vertebrae. The disc between C7 and T1 was herniated quite badly. Fast forward to push championships in late September. Watching him sprint, he had lost control over his left arm, it simply flailed in comparison to his right. By the end of the day of testing, the pain was at an extreme intensity, through his neck and arm.

He described nights where he would lay on the floor in so much pain, all the prescription medication he could handle not even putting a dent into the nerve pain.

On physical inspection, the left tricep had extreme atrophy, while he was able to resist gravity, the slightest muscle resistance simply would collapse the left tricep. There was also some atrophy through the left pec and rear deltoid. Pushing a sled caused a lot of pain. Now imagine pushing a sled and then loading into a bobsled for races. Bobsled rides aren't comfortable, in fact, they are violent. The vibration, G-forces and speed, not to mention taps/crashes wreak havoc on the neck and back. I didn't think he had a chance at competing at the world class level.

I did not think this was a case for chiropractic and manual therapy. I thought the only course of action was surgery. The neurosurgeon he saw took it a step further, saying that if he didn't have surgery, he may lose the use of his left arm.

He had other ideas, he decided to try to compete, to get through the pain. He did receive an injection for the pain, it lasted a few hours, So by default, we laid out a therapy and training plan. .

I took the bar off his back for all training and put a hold on all olympic lifts as I thought this would be to irritating to the trap/neck and fire up the nerve.
I adjusted his upper cervical and C5/6 area along with mid thoracic adjustments 3x a week. I did ART for the scaliness, joint capsules, upper trap, subscap, neuromuscular sleeve a few times a week. Gua Sha tools were used for some large knots and vertebral openings along C7,T1,2 and interspinous ligaments also 3x a week. We started some nerve flossing for the radial nerve when it was no longer extremely painful. He received some light traction with a towel, also 3-5x a week with our ATC. He did a lot of myofascial work using a lacrosse ball on the rotator cuff and trap on his own.

After a few months we started to reintroduce Cleans and then the Snatch. By Christmas break, he was Power Cleaning 150k and Snatching 120k. Gradually, some size started to return to the left tricep. He was able to floor press 130k. Pushups, which were originally almost impossible, are now just an afterthought.

One week ago, he was named to his 3rd Olympic team. From seeing him in September to seeing him now, I would not have believed the transformation. It's a credit to how much work he did to fight back. It puts a new perspective for me on what Chiropractic and manual therapy can do and definitely showed the medical community that surgery isn't the only option. But the biggest thing I take away from this is that there is really, absolutely no limit to what a person can achieve when they refuse to give up.
Posted by Jason Ross at 3:32 PM 5 comments: 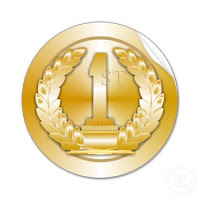 Congratulations to Train out Pain athlete Shauna Rohbock, she teamed up with Micky Rzepka and won Gold yesterday in the womens race. She lead from the get go, and capped it with an amazing track record that had stood for 9 years. It was the last race until Vancouver, so thats some awesome momentum going into the Olympics. Congrats!
Posted by Jason Ross at 4:29 AM No comments:

It was a huge week here in St. Moritz, Switzerland. We had a lot on the line, with the Olympic Dreams of a few depending on the outcome of todays race. With that, the Olympic teams were named that will compete for the USA in Vancouver.

First though, we had to qualify the men and womens 3rd sled. Bree Schaff successfully piloted her way down the long fast bobtrack to earn her Olympic Spot. She will be joined by brakemen Emily Azevedo.

Shauna Rohbock got on the podium for a fifth place and will be joined in Vancouver with brakemen Micky Rzepka. Micky is perhaps the best brakemen on the women's circuit.
USA 2 pilot Erin Pac will be joined by her brakemen Ellana Myers. They had the second fastest push of the day. If Ellana keeps improving week after week, she will be a dominate force in Vancouver.

On the mens side Mike Kohn had to finish 13th in the two man event to go to the Olympics. Powered by brakemen Curt Tomasevicz, they finished 11th. It was one of the most exciting experiences I've been involved with. Curts second push to me was the best push I've seen an American push athlete achieve since I've been around the sport, either as an athlete, therapist and coach.

The four man event on Sunday was equally nerve racking Mike Kohn had to finish 14th or better to qualify the 3rd sled and get 3 other athletes to the Olympics. With an inspired push crew, they finished an outstanding 6th place.
Steve Holcumb again powered by the fastest push of the day finished 4th.
So for the mens side, here is the team that will represent USA in the 2010 Olympics.

Congrats to all these future Olymians. Next stop, Igles Austria.
Posted by Jason Ross at 5:31 PM 3 comments:

Email ThisBlogThis!Share to TwitterShare to FacebookShare to Pinterest
Labels: Personal

Fresh off the Christmas break, we flew into Munich and drove down to Koonigsee, Germany for world cup race number six. Koonigsee is the home of the famous Eagles Nest, Hitlers last stronghold, for all you history buffs. Koonigsee, is a very tough German track and it showed in the first race for the women and the mens two man, where we were shut out of medals. We did come away with a fifth place by Erin Pac, so at least we got on the podium.

The next day the four man race was completely different. Again powered by very impressive starts that ranked 1st and 2nd in the second heat, we won the silver and bronze, with Steven Holcumb and John Napier, with 3 time Olympic gold medalist Andre Lange (GERMANY) winning gold. Andre Lange is probably the greatest bobsled driver in the history of the sport. Earlier this year, I had the priviledge of helping him out with some adductor strain issues he was dealing with.

This next week we are in St. Moritz, Switzerland. It's a big, big week as the USA Olympic team is named at the end. Stay tuned.
Posted by Jason Ross at 7:57 PM 4 comments:

Email ThisBlogThis!Share to TwitterShare to FacebookShare to Pinterest
Labels: Personal

I read this in the book a "Million Miles in a Thousand Years," by Donald Miller. The book is about how you should live your life like a story, and how if you do this, your choices become different. He's a great writer with a great message.
"There is no conflict man can endure that will not produce a blessing."
Posted by Jason Ross at 2:56 AM No comments:

Email ThisBlogThis!Share to TwitterShare to FacebookShare to Pinterest
Labels: motivation

Cool Pics for the New Year

Happy New Year. Check out these awesome pics in the Boston Globe. http://www.boston.com/sports/blogs/bigshots/2009/07/recent_scenes_from_track_field.html
Posted by Jason Ross at 11:02 AM No comments: